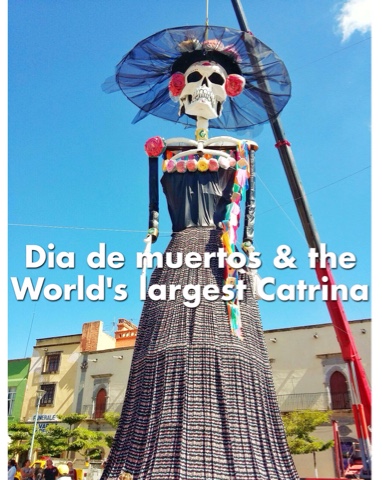 One of my favorites holidays in the year is definitely the "Dia de Muertos" (Day of the Dead)  celebrated in Mexico during November 1st and the 2nd: on the 1st we remember the children that are no longer with us and on the 2nd we celebrate the life of all our loved ones that are gone.

During this festivity is very common to find Catrinas everywhere: a Catrina is a female skeleton very elegantly dressed with a hat and a nice dress in a 20th century European style, this image was created to describe someone who was ashamed of his Indian origins by Jose Guadalupe Posada, and although he drew the original skull it wasn't until Diego Rivera painted the "Dream of a Sunday afternoon along Central Alameda" mural that the Catrina was conceived as we know it today. 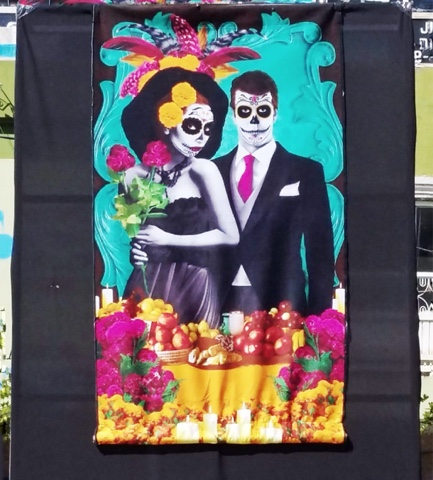 The Catrina has become the referential image of Death in Mexico and it has inspired a number of  pictures, sculptures, crafts and even "living" Catrina's parades.

We've been extremely busy these days, but when my boyfriend told me that there was a little town near Guadalajara that was creating the largest Catrina ever to get registered in the Guinness Record's I knew that we had to be there. 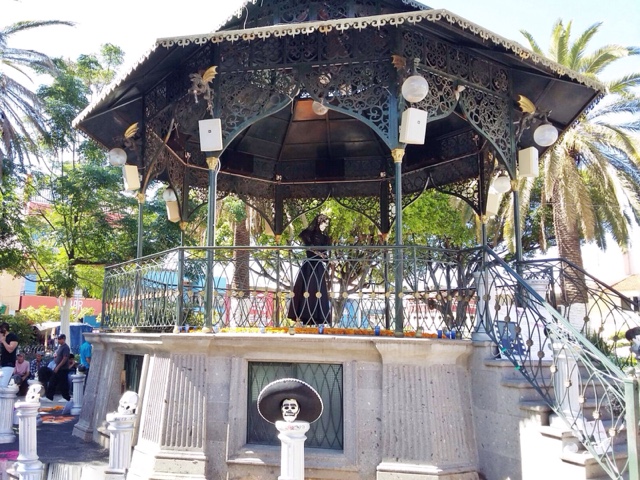 The population name is Zapotlanejo, and on November 1st 2015 at noon their Catrina, located in the main square, would be certified as the largest Catrina in the world. 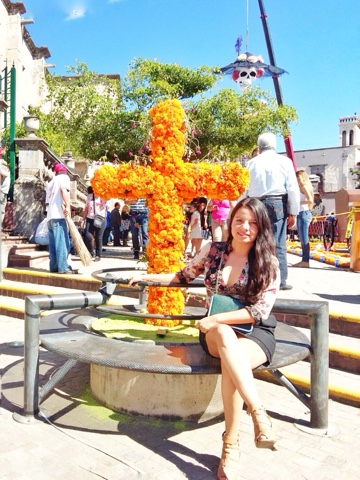 We were a little lazy that Sunday so we arrived there just pass noon, but we were amazed to see this huge elegant skeleton that was registered as the world's largest ever with 18.72 meters and 600 kilos (Weigh Watchers is probably now asking for her address):
In the streets close to the main square there were skulls sculptures representing famous actors from  old Mexican films. 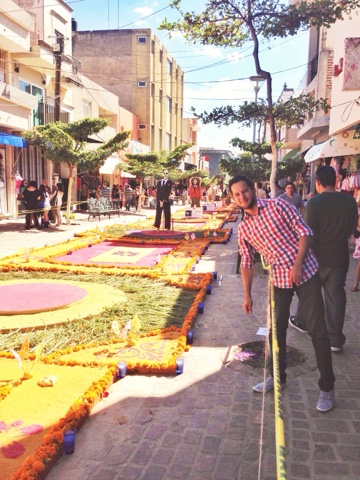 And we also got some time to "play" with the big Catrina: 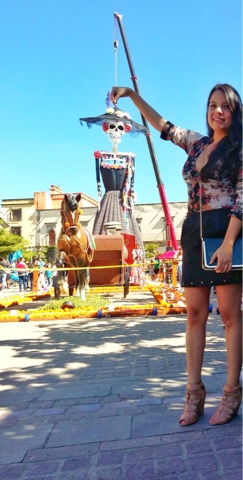 Back to Guadalajara: the Catrina's Avenue

We were pretty tired after our small trip but we didn't want to miss the opportunity to see the Catrina's exposition installed across Chapultepec avenue in Guadalajara on the same  day. 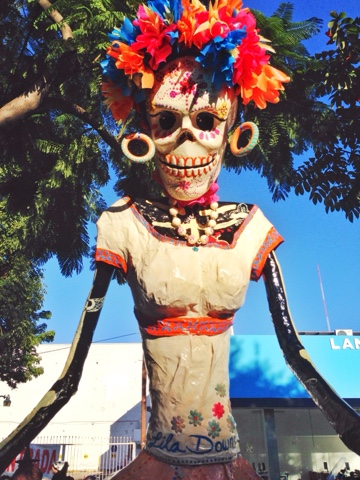 Each of the Catrinas represented an important character in Mexican history: from Frida Kahlo to Octavio Paz, all of them were created by students of different schools where they try to keep these traditions alive for the new generations. 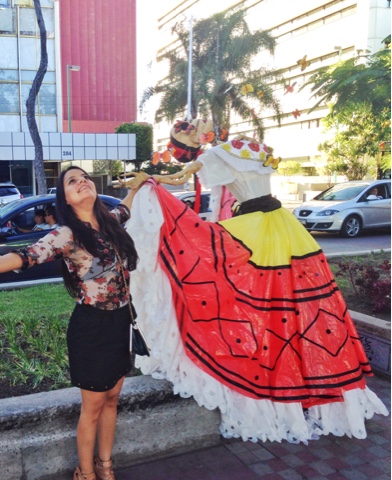 Please enjoy the pictures and let me know which is your favorite because I definitely have a lot of problems trying to select only one. 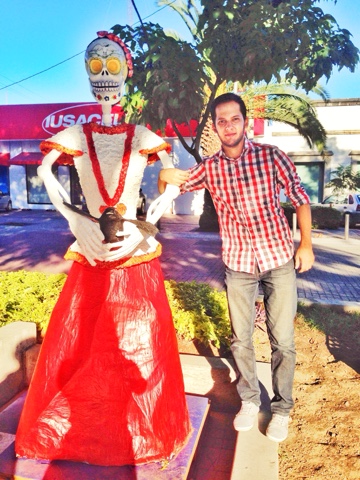 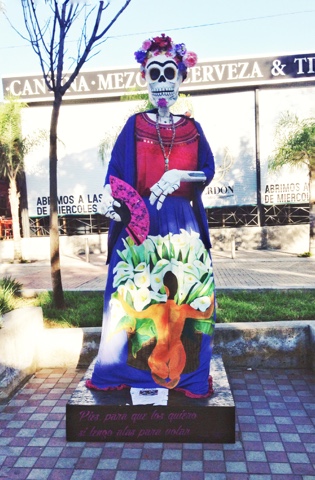 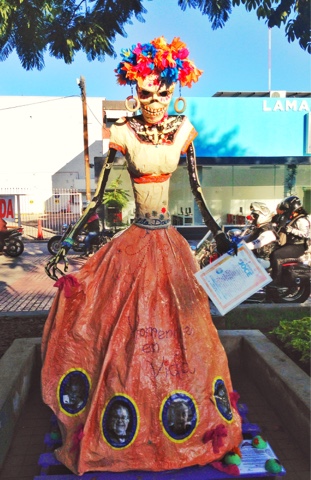 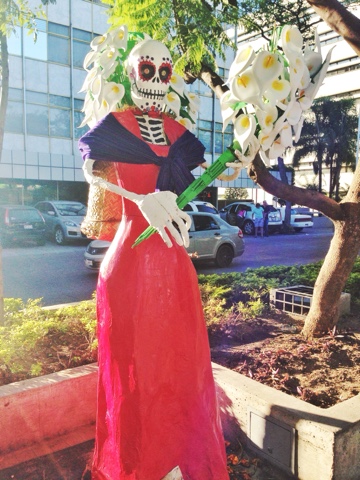 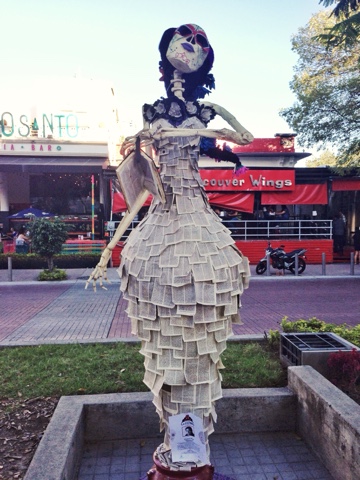 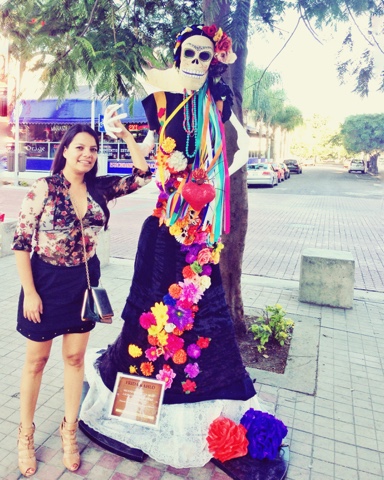 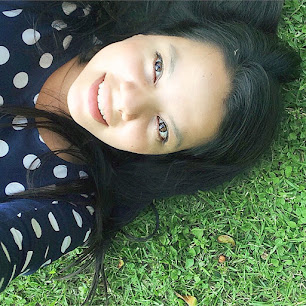 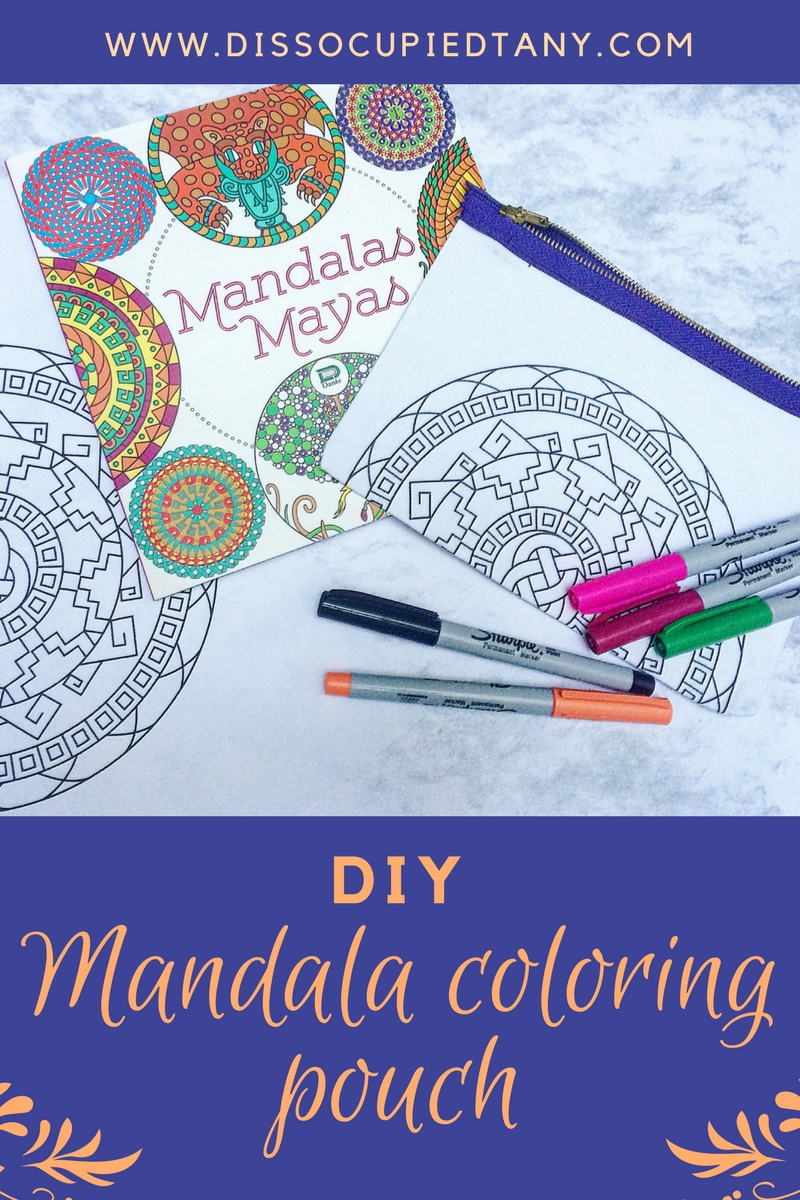